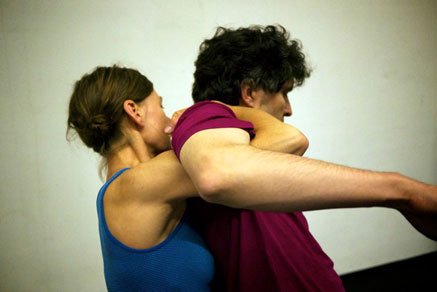 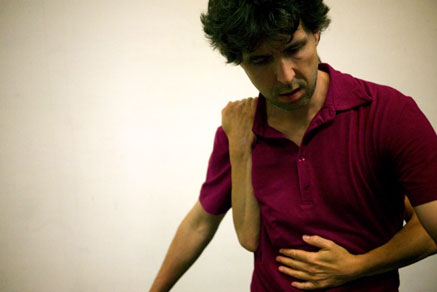 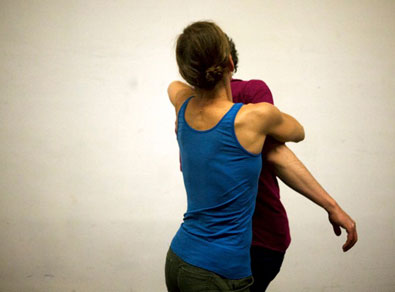 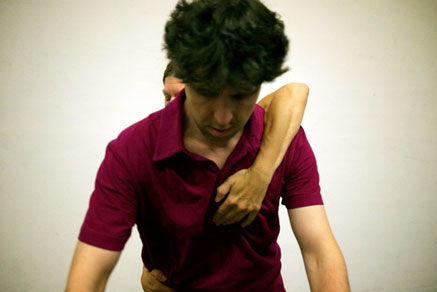 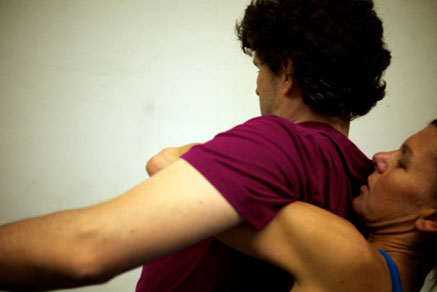 Beginning something and staying with it. A movement in the opposite direction and a sudden disruption. Brief exchanges. Orientation detaches itself from the room. The moment of change emerging. Like a crash, ever so small. Only an arms’ length away.

kannst du mich umdrehen is the third choreographic collaboration of Christina Ciupke and Nik Haffner, in which they approach aspects of intimacy and loss of control. Their first duo Subtitels (2006) investigated shifts, gaps and the interdependent nature between language and movement. In their duo dealing with life (2008) they moved between unfinished stories, ‘the big topics’ and famous couples.