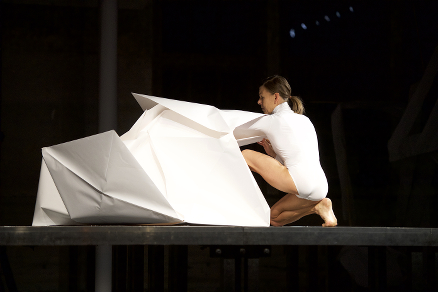 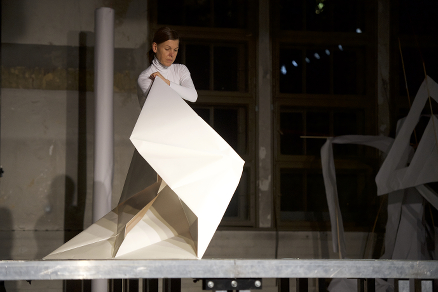 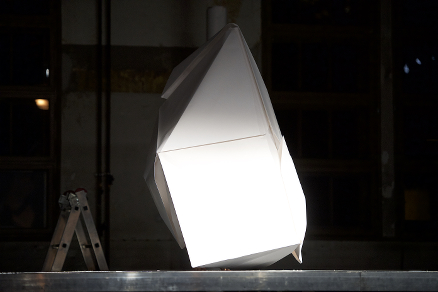 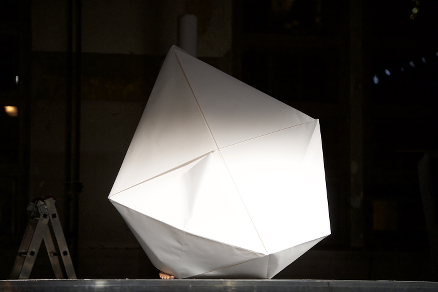 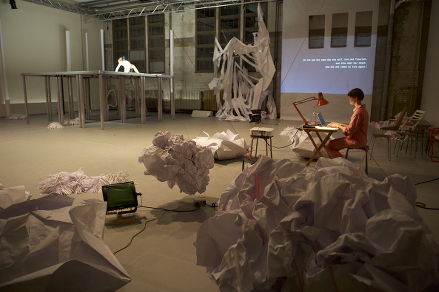 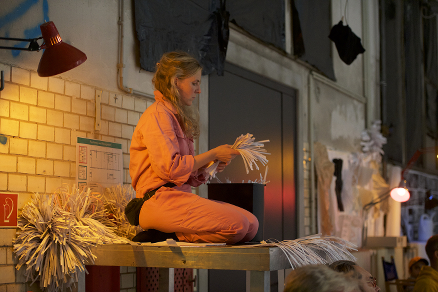 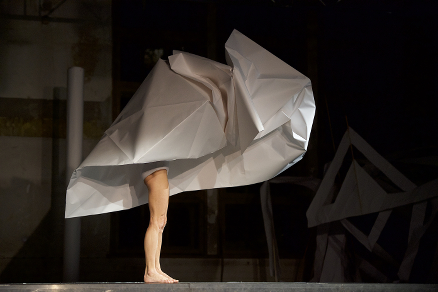 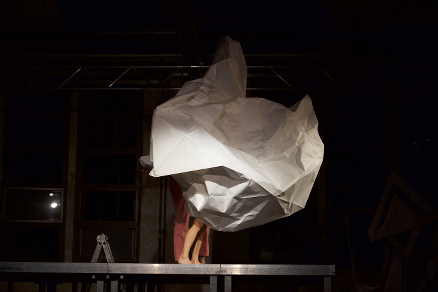 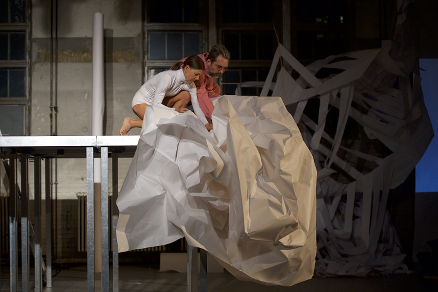 (Un)Folding engages with transformations which evolve in the process of folding. Folding gives shape to an (undefined) surface. It requires time for preparation and execution. In a fold, time and space are entangled. In (Un)folding spatial and performative elements grow into one another and transform the space over the course of the performance. This interplay of folding as physical exercise and the utopian desire to imagine unknown territories produces a landscape. Emerging and disappearing again, guests and visitors populate this landscape in the consecutive days for the sympòsion Working Utopias.

A production of A lot of body GbR in coproduction with Tanzfabrik Berlin, supported by the Berlin Senat Department of Culture and Europe in the frame of apap – Performing Europe 2016-2020, co-funded by the Creative Europe Program of the EU.