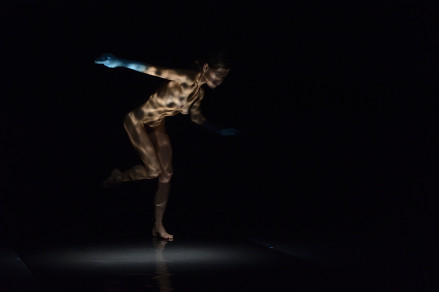 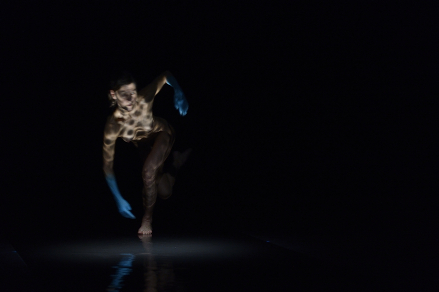 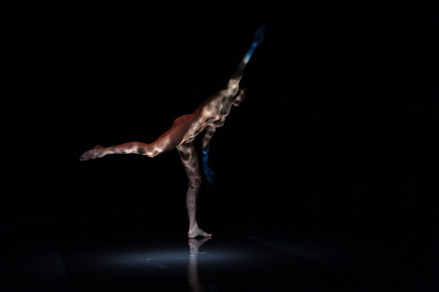 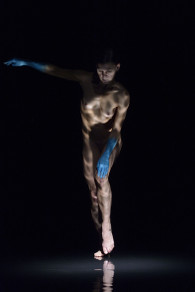 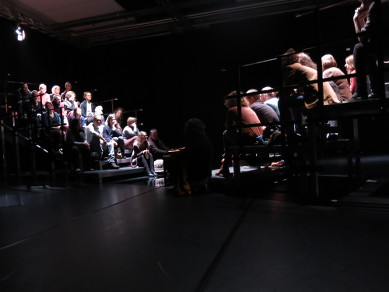 Assembling the Object of Discomfort

The performance will enact a process of assembling and transforming the materiality of a body/space and sound/movement into a choreographic object, making the event itself into an immediate site of this construction.

If we consider that discomfort appears in situations where we need to experience things that we do not fully control or comprehend, we would like to invite you to approach our performance as an exercise in making personal sense of such a discomfort.

“The figure does not appear as a stable entity, but seems to be born from a play of forces converging at the limit of its exterior. The movement is described  as an active dissociation between the fluttering contours (…) and its mass, which seems to dissolve at the extremities, like a dance introducing disorder to its symmetry, shattering the measured equilibrium of the static apparition. As it begins to move, the figure becomes the source of a strange tension, the product no longer of a single will but of independent and multiple agencies exercising contradictory influences - that of the artist, but also those of a model and of natural conditions, as well as that of the viewer looking at them.”
(adapted from: Philippe - Alain Michaud, Aby Warburg and the Image in Motion, Zone Books, New York 2004)

In our working process we departed from the desire to imagine the space-time of a theatrical event as a distributed hyper object, which the audience enters and experiences from inside out. Referring to our long-term collaboration between 2012 and 2015 ((by)invitation - a series of unrehearsed but constructed "choreographic" events) our interest was drawn to investigate the need for equilibrium and the discomfort, which arises when a certain compositional and musical expectation is (not) fulfilled.

In this particular case, the movement and sound composition we were aiming toward was emerging from an ongoing critical investigation of a pleasure in an embodied experience of rhythm as well as the subversion of that pleasure. How is rhythm constructed on one hand and experienced on the other? What is a role of anticipation in shaping our sense of comfort and discomfort in an experience of rhythm?

In order to embody an answer to such an ambiguous set of questions we introduced a condition of a “dance on one leg”, consciously provoking a state of being on the edge, a state of controlled instability where unforeseen movements may occur at any moment in time because of an unexpected sudden loss of control which conveys a sense of freedom as well as constraint. For this state to be sustained it has to be negotiated continuously. On the way, the intentional structure of the movement-development is constantly disfigured and takes another turn. The sound composition at the same time builds up complex rhythmical structures. Within the layering subversive elements undermine the emerging composition of beats, deconstructing them before they fully develop.

The sound is represented and played from a record. The turntable is placed in the middle of a structural element of stairs, which divides the space and at the same time holds the possibility for the audience to be seated.

The movement unfolds on a diagonal, which crosses the structural element where the audience is seated. The duration/time of the event is determined by the length of the record.

A production by Christina Ciupke in coproduction with Tanzfabrik Berlin, supported by the Berlin Senate cultural affairs department and funded in the frame of  apap – Performing Europe 2016-2020, cofunded by Creative Europe Programme der EU.