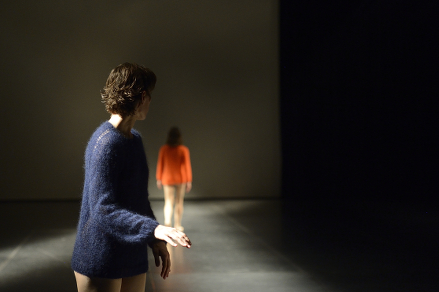 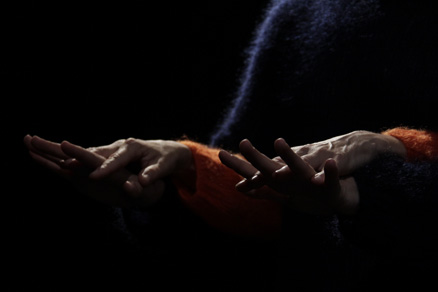 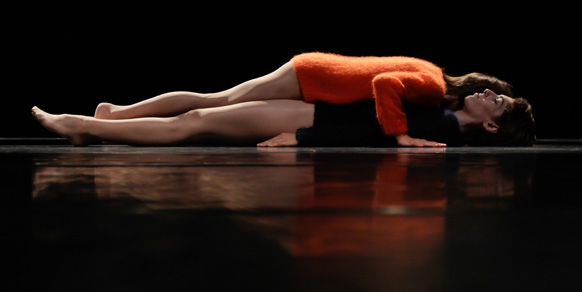 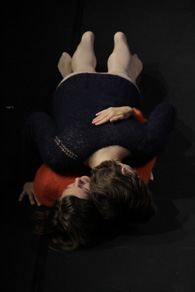 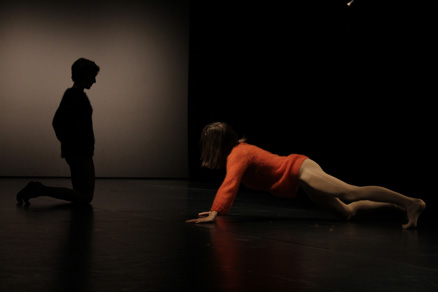 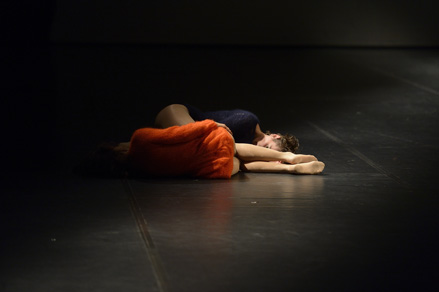 When you come closer, all my senses are caught by the intensity of your physical presence. When you retreat, the impact of our encounter remains. As the distance between us increases, my focus shifts from looking to imagining. The attention is bridging the space between us.

In the newly created work At Close Distance, we excavate the impossible past of a physical encounter. The performance takes its point of departure from the duet kannst du mich umdrehen, which Christina Ciupke and Nik Haffner developed in 2011. The two duets, both performed by Cristina Ciupke and Ayşe Orhon, are presented in a double bill. The new work, in which two individuals are on a journey back and forth through their kinesthetic memories, is accompanied by the previous work, which is a physical confrontation of two entities working in intense proximity.

A Production by A lot of body GbR in coproduction with Tanzfabrik Berlin.
Funded by the Berlin Senate Department for Culture and Europe
Supported by apap-Performing Europe 2020, co-funded by Creative Europe Programme of the European Union.