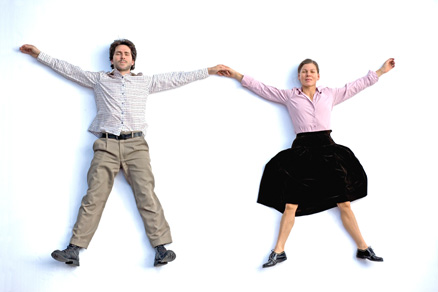 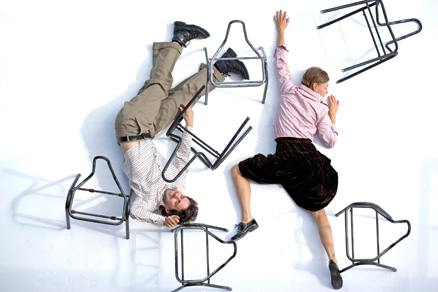 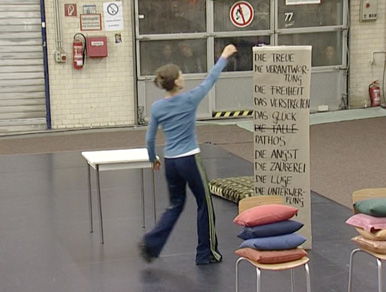 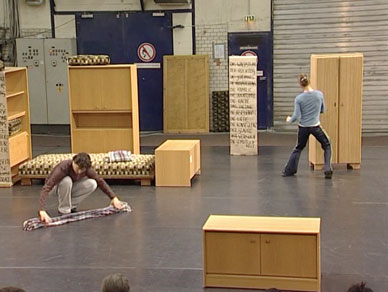 In their new duo dealing with life Christina Ciupke and Nik Haffner move between unfinished stories, large topics and famous couples. The connections which are developing over the duration of the performance relate to the cultural memory of the spectator, challenging it at the same time.

Christina Ciupke and Nik Haffner met in October 2003 at Tanzquartier Vienna during a laboratory for dance and media. Since then, an intensive exchange developed until they collaborated and produced the duett subtitles (2006).

In their new production dealing with life they continue their physical investigation of the reciprocal effect of language and movement, which they started two years ago.

A Production by Christina Ciupke and Nik Haffner
With support by the Berlin Senate Cultural Affairs Department and Fonds Darstellende Künste e.V.
Thanks to Andreas Stirnberg, Jack Rath, Andrea Keiz