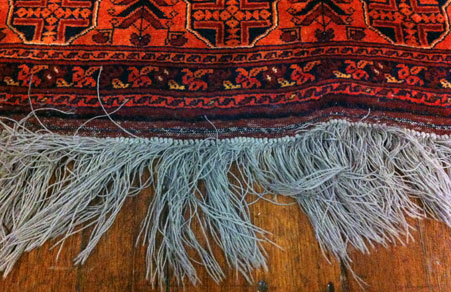 Between October and June 2012 Igor Dobričić and Christina Ciupke met one another in a series of ongoing conversations concerning the encounter between a spectator and a performer, the mutual sensual perceptions implicit in this encounter and what remains of it in our memory. Following those conversation two of them engaged in a series of practice based explorations in which togetherness between a spectator and performer got repeatedly put to test. How to create a conscious moment of recognition between performer and spectator, somehow face to face - so that the performance, the spectator comes to see will become an encounter and remain as a lasting experience.

What is an invitation?  What do you say? To what do you invite to? What kind of obligations and responsibilities come along with the act of inviting? What might create the reason for the other to accept and follow your invitation? And  -  if I invite  -  isn´t there already an intertwined hidden relationship of power involved in an invitation - e.g. I invite you in order to offer something, to give -  and at the same time I am asking you for a favour – namely to dedicate your time and attention to me

The first evening for invited guests took place in April in Berlin, two evenings followed in June in Amsterdam, a series of four evenings took place subsequently in Berlin and a further event could have been experienced, in the frame of Tanznacht Festival 2012 in Berlin.

The investigation of the act of inviting became throughout the different iterations an exploration about ways to be together with an audience. It became an investigation of hospitality, with us - the performer  - being the hosts and the people/ spectators we would invite -  being our guests.  From each event we assemble information from our guests about their experience of receiving a personal invitation and the subsequent evening.

The act of inviting an audience became a multilayered exploration about giving and taking invitation to dance … is how we name our exploration.

We would like to invite you to take part in a last of these tryouts.
Christina Ciupke
Igor Dobričić

invitation to dance was performed in different formats: