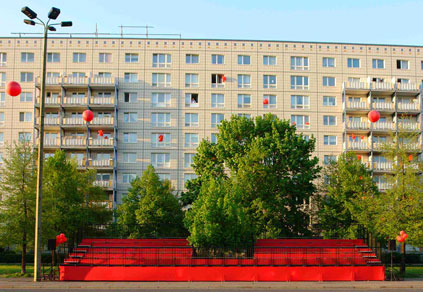 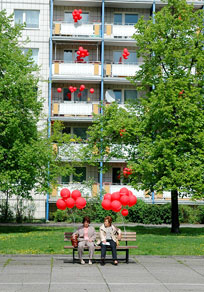 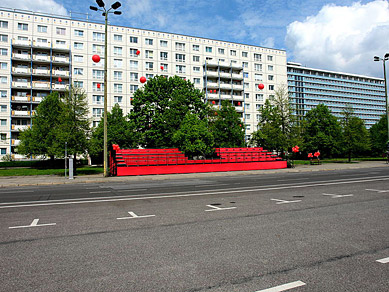 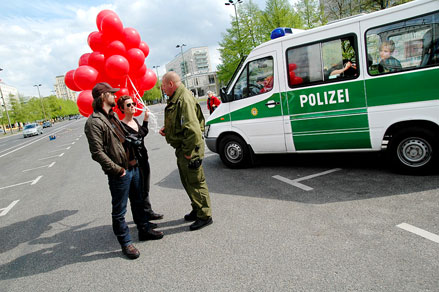 A temporary, performative installation on Karl-Marx-Allee in Berlin, Germany, was displayed exclusively on the 1st of May 2008, 2 pm - midnight.

nochmal refers specifically to 1st of May as the International Worker's day and labor movement, based on the ideological theory of Karl Marx - and the location Karl-Marx-Allee as monument of a political conviction to the historical date. The avenue was formerly conceived as demonstration road and was used on 1st of May for nationally organized ceremonies, parades of ”Nationale Volksarmee” of GDR (NVA) and official speeches of political leaders

The change of collective movements and of architecture subjected to the political change of time, the sinking in oblivion of holidays and their importance are topics, which are reccurring as challenge to current 1st of May.

nochmal is the first common work of two artists, who are both known for questioning the Social Performative, and the Ritual parameters in public space. The Berlin based VJ Team «Garderobe 23» is a collaborative partner of the performance.

nochmal is financially supported by the Senate for Culture in Berlin.