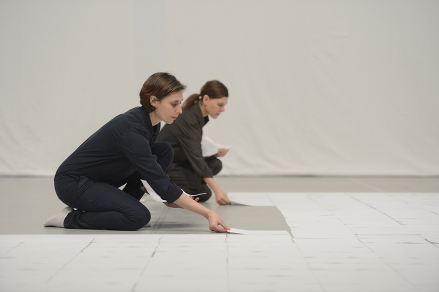 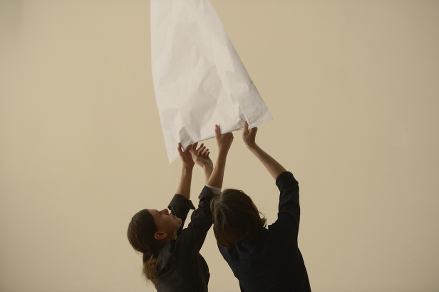 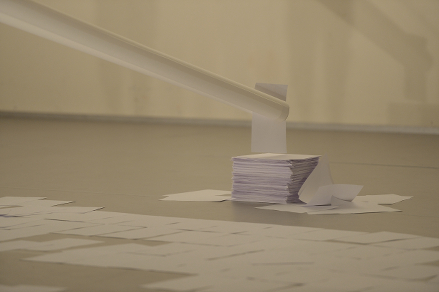 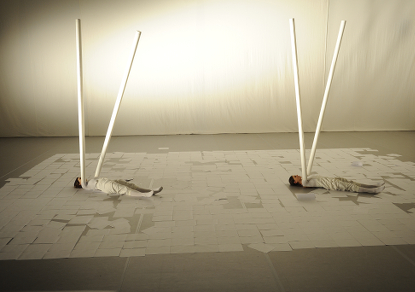 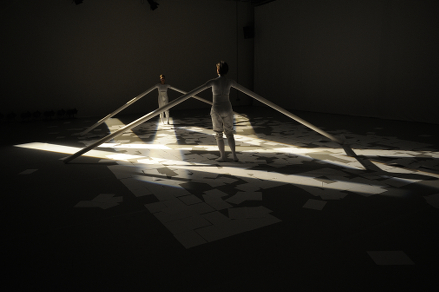 For their first collaboration, Christina Ciupke and Jasna Vinovrški dive into the time around the turn of the century: they turn page after page in the history books, fascinated by the developments in each discipline of the arts and culture. The development of independent dance, however, remains mostly without mention. Material can be found in the biographies of such pioneers of independent dance as Mary Wigman, Rudolf von Laban and Isadora Duncan, who in turn establish complex connections to the developments of their time from their own point of view. Nevertheless, gaps, empty spaces, blank pages remain.

These trigger both Jasna’s and Christina’s hunger for further research as well as their fantasy. They speculate about the atmosphere, the Zeitgeist, they draw connections, follow traces through the biographies, pose questions along the margins of historiography, enter into a dialogue with their predecessors from 100 years ago, a time full of departure, innovation and upheaval in all aspects of daily life.

What would the artists from that time have thought about their work from today? Would they claim to recognize their influence? What did precarious artistic living conditions mean then, what do they mean now? In what sense do both epochs resemble each other? What do reduction and immediacy mean, both then and now?

Are there parallel tendencies to a return back to nature? Which innovations, both now and then, define the rhythm of life and with it notions of time and space? How is time perceived and how can that be mapped out on stage? They are fascinated by the fact that both now and then a general sense of speed and acceleration shapes people’s sense of life.

During the second half of the 19th century the railway net is being expanded throughout Europe. Travel times are getting shorter, places seemingly move closer together. The new technologies made possible by industrialization enable constructions of towers that represent the Zeitgeist. The Eiffel Tour built 1889 for the World Fair is becoming a sensation. But especially in physics in a short period of time several new concepts are developed among them one that turns the concept of independent time and space as formulated in Euklidian Geometry around: 1905 Einstein is publishing his special theory of relativity introducing the concept of Spacetime.

Today mainly the development of information technology, artificial intelligence and virtual reality shape our perception of time and space. Technology is not only since the internet of things an independent agent in a society of humans and machines. In the philosophy of New Materialism the material world is described as a co-producer, a “participant” of social practice.

Within this space of references, time becomes a further element of this collaboration. With and through time they reflect on their own artistic practice. The white paper in this piece originated in earlier works: not only are they looking 100 years back, they are also looking into their own past and giving it a new life by placing it into a dialogue on stage.

A Production by A lot of body GbR in coproduction with Tanzfabrik Berlin.
Funded by the Berlin Senate Department for Culture and Europe
Supported by apap-Performing Europe 2020, co-funded by Creative Europe Programme of the European Union.